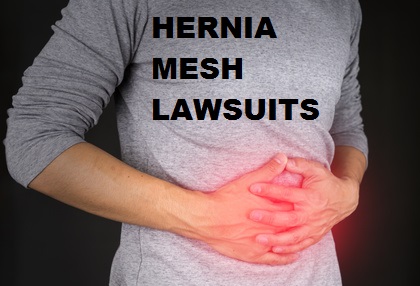 Lawsuits have been filed and many more are expected to be filed resulting from injuries alleged to be caused by the synthetic hernia repair product, Physiomesh, sold by Ethicon, Inc./Johnson & Johnson, (as well as C-Qur, sold by Atrium Medical Corporation). The lawsuits alleged that these hernia mesh products are defective and that Ethicon and Atrium failed to warn patients and their physicians about the allegedly increased risk of danger to patients, including inadequate repair, adhesions, infections, hernia recurrence, bowel obstruction, sepsis, and even death.

Recently, on March 9, 2017, the claimants/Plaintiffs asked the Judicial Panel on Multidistrict Litigation (JPML) to create a multidistrict litigation (MDL) docket for the cases in the Middle District of Florida before Judges Paul G. Bryon, James D. Whittemore or Susan C. Bucklew, or in the alternative, the Southern District of Illinois before Judge David R. Herndon. A MDL is a type of legal proceeding that helps federal courts efficiently manage many similar cases filed in many different courts across the U.S. by allowing the temporary transfer of all of the federal civil lawsuits to one or more district courts for pretrial consolidation or coordination. The JPML is a group of federal judges designated by the Chief Justice of the United States, which has the responsibility for determining which cases qualify for MDL treatment, as well as which district court to transfer and consolidate these cases. The transfers are made if the Panel determines that the transfers will result in the convenience of the parties and witnesses and will promote the just and efficient conduct of the cases. (For more information about MDLs and the JPML, contact Borgess Law.) (The C-Qur Mesh products have already been consolidated since December, 2016 as MDL 2753 in the U.S. District Court of New Hampshire before Judge Landya B. McCafferty with about 25 individual cases as of February 21, 2017.)

Physiomesh has a unique design incorporating five (5) distinct layers: two layers of polyglecaprone-25 (“Monocryl”) film covering two underlying layers of polydioxanone film (“PDS”), which in turn coat a polypropylene mesh. This design has never been used in any other hernia repair product sold anywhere in the world. The multi-layer coating was represented and promoted by the Defendants to prevent or minimize adhesion and inflammation and to facilitate incorporation and fixation of the mesh into the abdomen. However, Plaintiffs intend to demonstrate that the multi-layer coating instead prevented adequate incorporation of the mesh and caused or contributed to a variety of serious complications. In addition, the polypropylene mesh portion of the Physiomesh was insufficient to withstand normal abdominal forces, which often resulted in herniation through the mesh itself, recurrent hernia formation and/or rupture and deformation of the mesh itself. The defendants ultimately voluntarily withdrew the Physiomesh device from the market in May 2016, which Plaintiffs intend to establish was a direct consequence of the frequency and severity of the complications experienced with this product worldwide.”

It is believed that there were more than 330,000 Physiomesh devices sold worldwide, and that approximately 50% of those products were sold in the United States.

Borgess Law will continue to keep you updated on the status of the Hernia Mesh litigations.

If you or someone you love has suffered an inadequate repair, adhesions, infections, hernia recurrence, bowel obstruction, sepsis, other complication, injury, or death following hernia surgery, you should be aware of the ongoing litigations.

Attorney Pamela A. Borgess, the founder of Borgess Law, LLC, has extensive experience with numerous national high-profile defective medical drug/device cases and can discuss your legal options. For more information about the hernia mesh litigations or to discuss a potential claim, contact Borgess Law at (567) 455-5955 or toll-free at (844) LAW-9144. You can also contact Borgess Law by submitting an online inquiry. Borgess Law never charges for initial consultations.  We welcome any questions you may have.